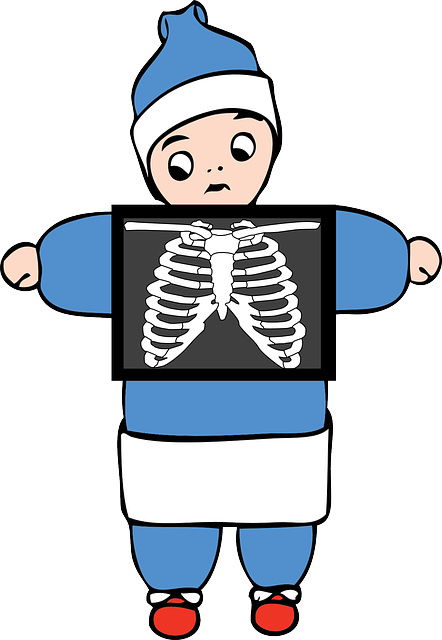 One famous surgeon at my alma mater used to accept only white, male, right-handed physicians to his residency program. By the time I was a med student in 2000, the surgeons laughed about it because the program boasted one brown-skinned man, one Asian woman, one Caucasian woman, and a left-handed attending doctor.

When I was in residency, one of the surgeons used to pull me aside to chat about the quota system they’d used to restrict the number of Jewish medical students when he was a lad.

Nowadays, female medical students make up over 50 percent of the Canadian and American medical school classes and have done so since the early millennium.

Which doesn’t mean that people bemoan the “good old days,” exactly, but it’s getting there. The irony is, some of the most virulent comments are from other women.

First, Dr. Karen Sibert wrote an opinion piece for the New York Times called “Don’t Quit This Day Job” in 2011. I first heard her on NPR radio, lecturing women not to take maternity leave or work part-time. She’d managed a full-time academic practice as an anaesthesiologist and a mother of four, so she instructed all women to follow in her footsteps.

I feel like this sometimes. Image courtesy of Nemo on Pixabay

However, if you look at the statistics from Dartmouth College, a survey of more than 100,000 individuals, the mean number of work hours has declined for all physicians by 7.2 percent from 1996 to 2008. Physicians now work an average of 51 hours per week instead of 55 hours per week. A blogger commented that the reduced hours are not just from women, but from (mostly older, male) M.D.’s who can’t afford to retire, so they work part-time.

Of course, Dr. Siebert correctly pointed that we face a doctor shortage in the face of an aging population. But we need to look beyond blaming women for this. In the mid-1990s, the Ontario government cut medical student spots in an effort to control health care costs. Now they’re belatedly increasing the numbers, but we need doctors now, not in ten years. I highly doubt it was all-female politicians who made that policy decision.

Dr. Siebert also said that more women chose primary care and that there was a shortage of primary care doctors, so women had better get back into the trenches instead of working part-time.

Unlike Dr. Siebert, I actually trained in family medicine, but I don’t practice it. Neither do most of my colleagues. Why? Because I didn’t like it. Primary care is relatively poor pay for hard work and little prestige.  If you want more primary care doctors, you’d better change the working conditions and remuneration. But it’s much easier to blame the women entering this beleaguered specialty, and yell at them to work more hours.

Other journalist and bloggers title their articles “Should women be doctors?” and “Are women ruining medicine?” They tell me I took that medical school spot away from a man, so I’d better work like a man.

For the past decade, the research on gender differences in medical students often conclude that women are better communicators. They also note that the physicians who end up being treated for addiction or have their licenses revoked for abusing patients are almost always men. Anecdotally, some of the laziest, most incompetent, money-grubbing doctors I’ve encountered are men.

Does this mean that men are ruining medicine and that men should not be doctors?

Of course not. Some of the smartest, hardest-working, kindest doctors also possess testicles. As Stephen Jay Gould pointed out, there is more variation within populations than between populations. It’s just much more fun to scapegoat somebody else.

I freely admit that I am everything Dr. Siebert warned you about. I am a female physician who has taken maternity leave and who works part-time. I am also Asian, so I am that long ago-surgeon’s worst nightmare.

Do you think I “took away” that medical school education from a man? Newsflash. For the first time in the Western world, women are achieving higher grades, scoring higher on standardized testing, and earning more than half the coveted spots in medical school, compared to men.

I reiterate. We are not stealing spots from the men. We have earned the right to be here. Still, people are blaming women for the state of medical care.

Before you start burning me in effigy, know that I work up to 14 hours in a row in the emergency room so that I can treat the drunks, the drug addicts, the cancer patients and the babies who rush in at 4 a.m. on a Saturday night. You need me.

What’s really ruining medicine? I’d argue it’s the fact that we’re trying to take care of an aging population with chronic diseases, demanding fast access to expensive technology and care, in the face of shrinking resources. That’s your enemy.

The last thing we need is doctors pointing fingers at each other. We need every last doctor on the front line in this fight. And if you want more doctors working more hours, a carrot always better than a stick.

In Canada, in 2013, we are not yet talking about quotas restricting women or forced contracts mandating a certain numbers of hours worked per week. Or even, heaven forbid, forced sterilization for women physicians. But I want to put my two cents in before the rhetoric blows that far.

So. Are women ruining medicine?

As philosopher Alan Watts wrote, “The only way to make sense out of change is to plunge into it, move with it, and join the dance.”

This article was first published in the Medical Post and now appears in Fifty Shades of Grey’s Anatomy, an autobiographical collection of true life medical humour (and horror) stories, for $3.99 digital/$9.99 print. Find it on the platform of your choice here.

Better yet, come to the Fifty Shades of Grey’s Anatomy party at the Williamstown Library on April 1st at 10:30 a.m.! Wear grey.