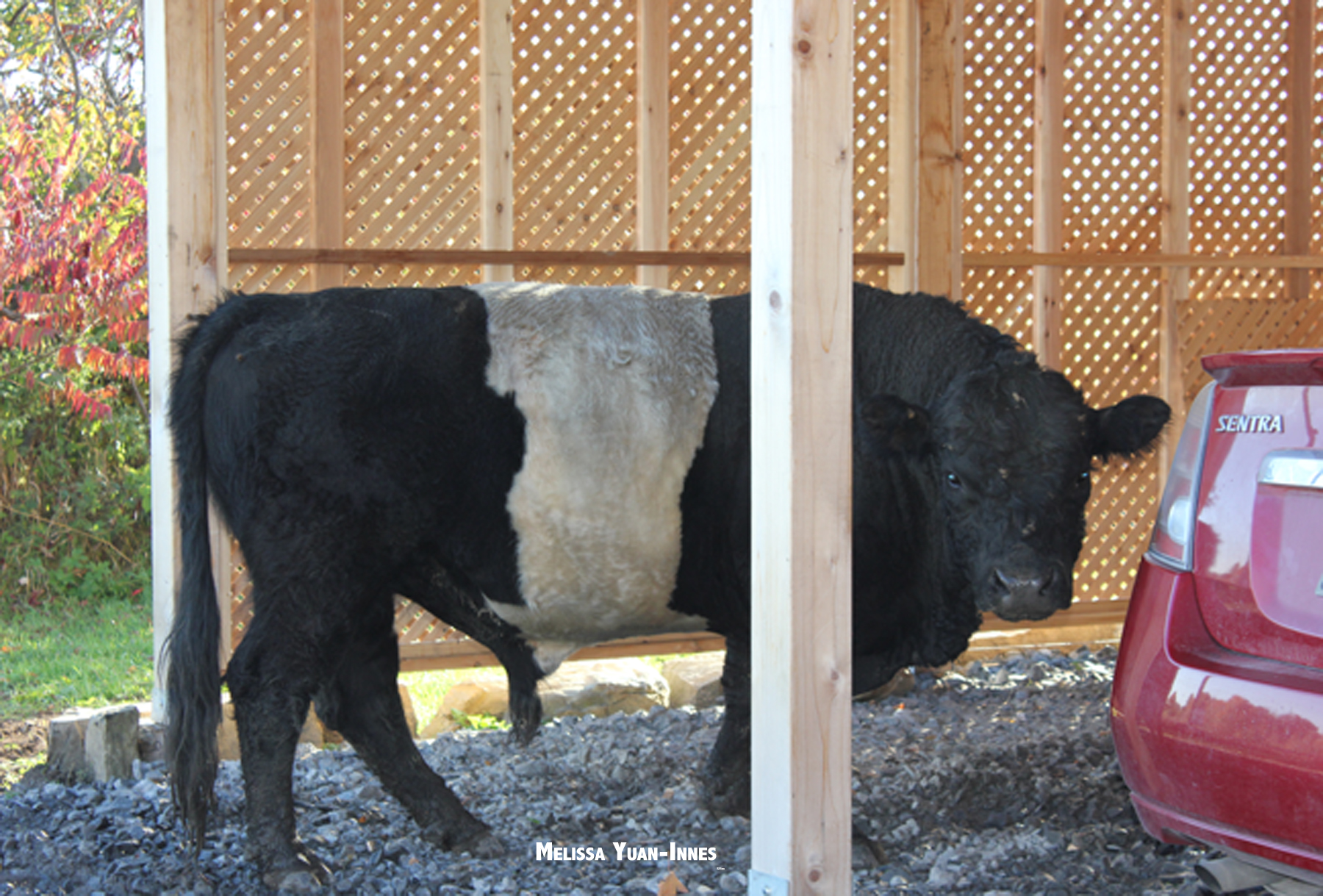 Good! People want to win $5000 and a Kobo Aura H2O. So I’ll scatter clues in my posts for the next few days.

Not sure why the drenched kids in bathtub showed up. Although they might be appropriate, given the Gone Fishing stories.

A Clue, A Clue! When Kobo’s Director, Mark Leslie Lefebvre, first approached me about the Going Going Gone contest, he raved about Gone Girl and added thoughtfully, “Water is very important.” As a writer, a reader, and a doctor, I always notice these odd details. In a mystery, it tells you who the murderer is. So when I downloaded Gone Girl, I faithfully highlighted the references to water and to the river.

Ergo, mystery buffs, read the free Hope stories, check the locations, and look at the water in the locations. The Internet is your friend. Plug riddle bits into your search engine and see what comes up. At least one of my friends has solved it.

In unrelated news, a bull held us hostage yesterday.

I get a lot of e-mail, including ads from Kobo, so I didn’t think too much of this one titled Kobo’s End of Summer. I assumed it was some sort of sale.

Then I took another look. It was from an individual, Jodi, instead of the company, so it had landed in my Inbox instead of my promotional folder.

I clicked on it.

We would like to extend this invite to you to join our executive team next Tuesday, please see below and rsvp…

My first thought was, Oh, Toronto. On the other side of the province.

What, next Tuesday? No can do.

But they were asking me to meet the Kobo President. Huh. When was the last time you were asked to meet a company president? I’m not, usually. Even if I were just in the same room, it would be kind of nifty.

I checked the timing. Tuesday, August 26th. Our promotion was supposed to roll at the debut of September. That was incredibly good timing. I could shake the president’s hand, maybe, and say, “You have no idea who I am, but THANK YOU.”

I took a third look. They offered to reserve me parking. If they have to reserve parking for you, they can’t invite the whole world. At least, probably not thousands upon thousands of KWL authors. This must be a particular bunch.

In fact, only the fact that I’m spearheading the Gone Girl promo netted me this invite.

Sure, it’s short notice. But I do have that day off. I’d kind of tried to keep that week off because Anastasia’s starting school. But her first official day’s not until Friday. So actually, I could drop her off with her babysitter and head down to Toronto.