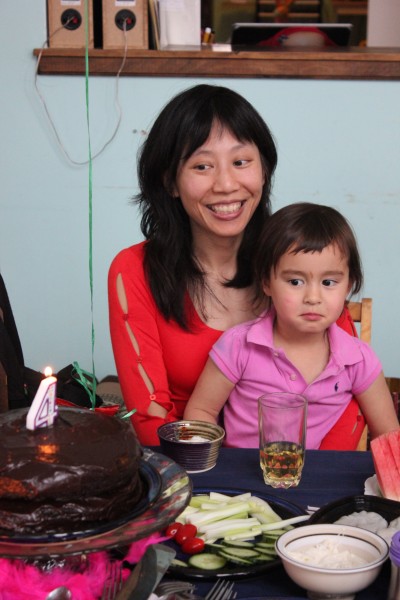 You know, when people try to write a 50,000 word novel in a month. National Novel Writing Month.

I never picked up the gauntlet until now. I was like, I’m busy. I’m in the middle of a novel already—why should I stop and write one ’specially for November, just because some other crazy cats are doing it?

But people told me I could just sign up anyway. 50K is 50K of fiction. “Just call it book two or something.’

And so I said, okay.

And, being me, as soon as I saw my “writing buddies” accumulating wordage, I started racing them. I’ve been writing like a fiend. Like, 25,000 words in the first week. Writing around my emerg shifts. Crouching over my laptop and trying to type one-handed while Anastasia clings to my other hand for the hour plus it takes her to fall sleep. Whatever it takes.

Enough that I pulled a muscle in my back and had to teach two yoga classes while doing sphinx pose instead of cobra/upward dog for the second class.

(Word to the wise: don’t hurt yourself writing. It’s dumb. But if you do, yoga really does help reduce back pain. At least, I can offer myself as anecdotal evidence.)

I’m still going for it. I finished the first draft of Stockholm Syndrome and now I just need to make it, you know, readable. So now I’m going to noodle along, just write a bit each day, piecing it together. I only need to write something like 888 words per day for the rest of the month to get to 50K. I can throttle back, let my buddies race ahead/catch up, and get ready for Kingston.

I’m teaching a seminar on creativity in medicine at CUCOH on Saturday. And they just asked me to teach the intubation workshop as well.

How ’bout you? Do you have any tips? Have you ever hurt yourself doing something stupid? Will I see you at CUCOH? Right on!