I’m sold out of Stockholm Syndrome for the moment (yeah! Fist punch! Running man dance move! Wish I’d had another one for Melissa B), so now it’s time to turn the spotlight on our hard-working local stores. ‘Cause I, for one, basically haven’t done my shopping yet.

Kobo director Mark Leslie Lefebvre first suggested I reach out to my local bookstores when Terminally Ill (Hope Sze #3) got traction. I felt shy, since I used to be a shy kid until I trained myself to be more extroverted. But I took a deep breath and called R&L’s Book Nook, the only bookstore in Alexandria.

Even though this photo is blurry, it has the most genuine smiles, because the photo-taker said, “Say ‘sex’!” I replied, “Are you French?” She lowered the camera to say, “Yes.” “I knew it! French people talk about sex all the time.” French Canadians, anyway. Not sure about France-French.

Roena and Loretta, the R&L who own the store, were lovely. Someone had already asked for Terminally Ill based on my CBC Ontario Morning interview, so they took the Hope Sze series, as well as all my other books. They hosted the my Books and Bodies event in September 2014 (belly dancing pic with Joseline Beaulieu below), and made a huge window display with a dancing skeleton in my scrubs in honour of the event (Terminally Ill=skeleton, Student Body=dancing). I can’t find the pics right now, but trust me, it was spectacular and an author’s dream come true.

They make their own gingerbread and sell crafts, used books and new books, including books by local authors like Jennifer Debruin.

They make gingerbread, too. Houses, cookies, and lollipops. So all you non-readers but eaters, start salivating now.

So get thee to R&L Book Nook! You can park at Gaetan’s Chip Stand and fill your mind and body with literature, gingerbread, and French fries!

As an aside: an hour ago, Pat Larkin bought my fifth-last trade paperback of Stockholm Syndrome. In fact, he bought the entire set for his daughter, Amy, a vet student in Calgary.

Pat really went the extra mile here. He couldn’t get the Hope books in Williamstown, so he contacted me through my website. Then we played telephone tag until Amy flew back to Calgary. But Pat still drove to my house today, theoretically on his way to Cornwall (which is the other way), bought the entire series, and then inspected my electrical wiring and generator to give me tips on how to get my house wired up properly in case of another ice storm. (Summary: I will probably set up an automatic generator in the New Year. Our generator is too small, and we need a transfer switch.)

It doesn’t get any better than that.

But if you go to R&L’s Book Nook, you can make up your own story. Hey, I was there twice yesterday.

And I’m embedding the Cogeco interview because I wasn’t able to post it until late yesterday: 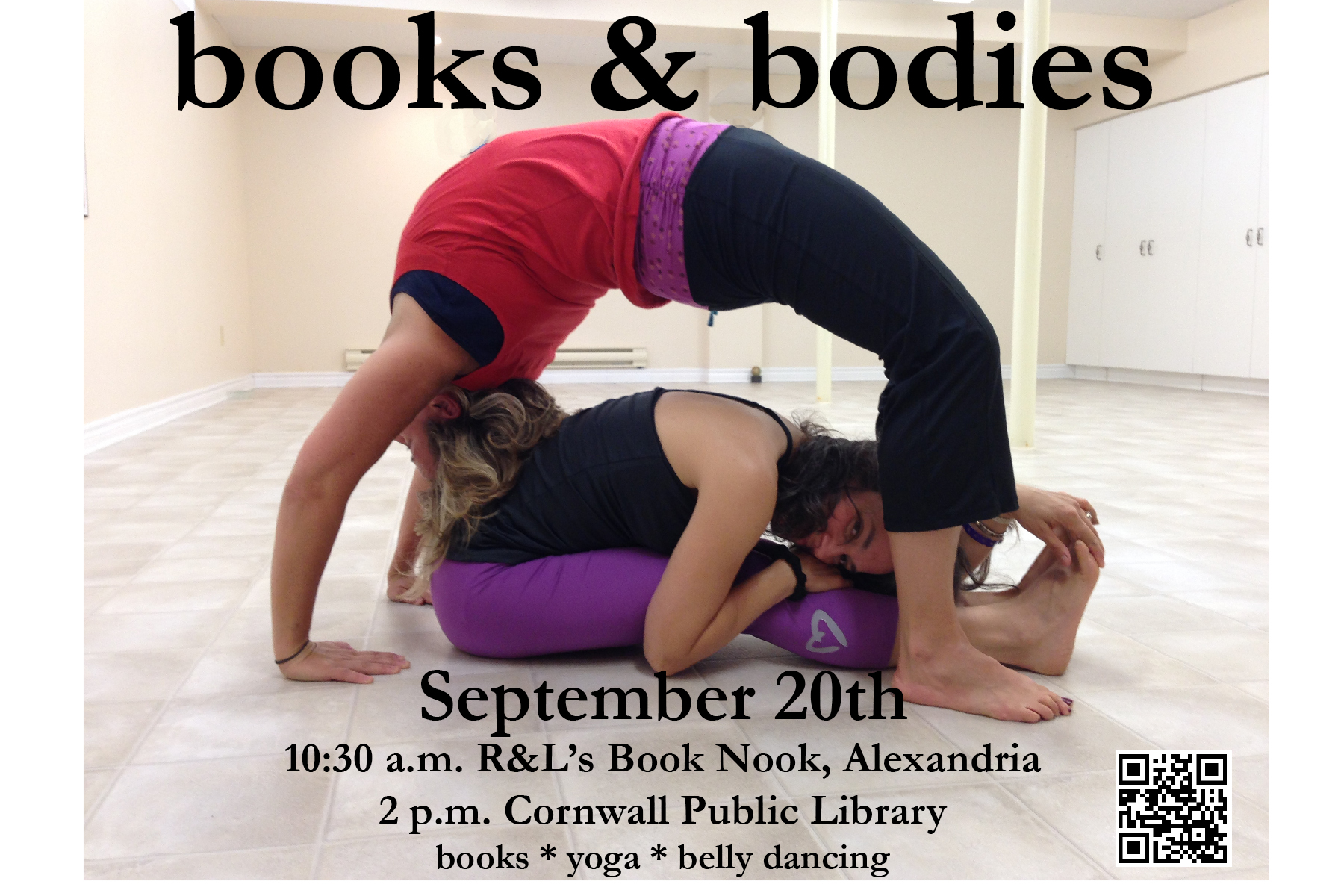 A confidential peek behind the curtain at my secret Cinderella Going Going Gone contest deal with Kobo. Start with Part 1: The e-mail & Part 2: The Call.

Okay! My mission was clear.

I’d heard of it, but never run out and read Gillian Flynn. Now that Kobo was commissioning me to write Gone Girl-inspired stories, though, you bet I immediately downloaded a copy (yup, from Kobo) and started devouring it.

Gillian Flynn’s writing blew me away.

So witty and funny, but underneath, saying very caustic, actually frightening things about intimacy and marriage. That romantic love might be the worst thing that ever happened to you. That you might be better off alone than trapped in a marriage with someone who only wants to make you suffer, and everyone else suffer, until the end of time, amen.

My favourite line was about how the real Amy wanted to punch her parents’ fictional Amy character in her stupid, spotless vagina. But I was constantly highlighting lines and honest to God laughing out loud (people always say lol, but I think most of them aren’t really splitting the atmosphere with their guffaws). Gone Girl was a tour de force: character, plot, humour, and…deviance.

Okay. I’d done my homework.  One of my book clubs had even picked Gone Girl as their next read. I’d cleared my mental writing desk, finishing my two Hope Sze short story submissions for Jewish Noir and Montreal Noir and revising my second mystery romp, The Goa Yoga School of Slayers.

Your Choose Your Own Adventure path is clear today: September 16th, Kobo releases the second Gone Fishing short story, Trouble and Strife. Download it, solve the riddle, and you’re 2/3 of the way to winning the prizes of $5000 and a Kobo H2O Aura so you can read underwater!

Merci bien to anyone from Sleuthsayers who stops by. My spies inform me that people around the world checked out the Cinderella sleuth post, including armchair detectives from South Africa, France and Germany. W00t!

Special thanks to Anne, my new friend who told me that she’s enjoying this “behind the scene” series, thus encouraging me to continue. Not only did she personally deliver wood for us this winter (“Good-looking wood,” said my father-in-law), but she’s coming to the Books & Bodies event on Saturday (her birthday), and she’s making cupcakes or muffins. My son Max nearly split himself with joy, and I wasn’t far behind.